Pontus Talks About The Polar Video 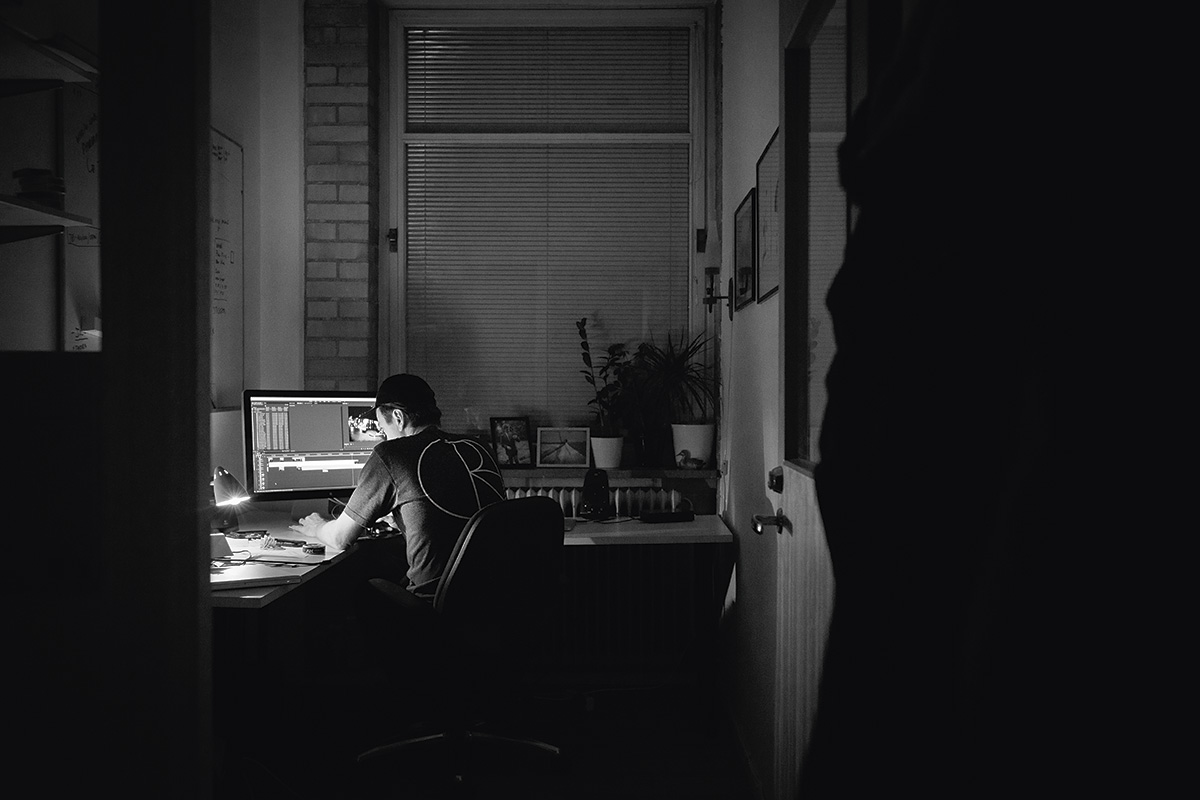 When I contacted Pontus via Facetime he first showed me around the Polar headquarter. It‚Äôs gotten bigger than what it was, they now got two bunks, a shower and a kitchen to offer the teamriders a small place to sleep for their visits. I ask him if he occasionally slept here while editing the video but he denies. He lives just two minutes from the office and tries to keep a more natural rhythm this time. Office in the morning, home in the evening ‚Äì even though he worked night and day for the last videos, just sleeping when his eyes kept on closing. His girlfriend disclosed to me that he got to know her during that period and told her their relationship would last forever if she could just get through that with him. This time it‚Äôs more of a structured daily routine, notwithstanding all the obligations besides the video. He actually can‚Äôt mellow out anyway, since there are iPhones, as he admits, and he wants to stay in touch with all of his teamriders. Starting with that topic the chit‚Äìchat turns to an actual interview on the first Polar video ‚ÄùI like it here inside my mind, don‚Äôt wake me this time.‚Äú Read More