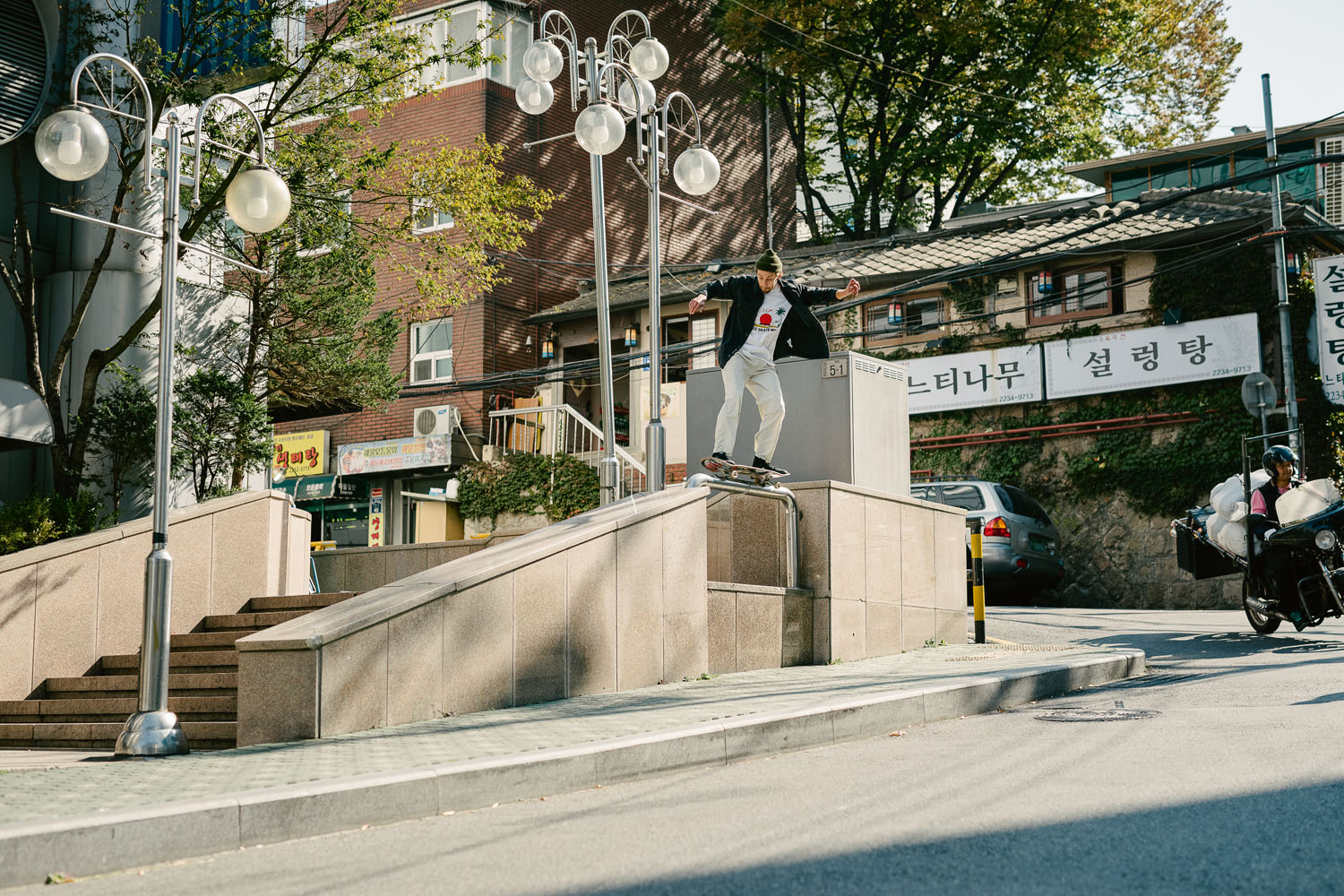 The hardest thing about interviewing pro skateboarders is that unless we ask them questions directly relating to kickflips and filming video parts, we often have a hard time getting much out of them.

With Chris Jones we had the complete opposite ‚Äòproblem‚Äô: the boy wouldn‚Äôt shut up. No matter the topic. Ask him an innocent question about growing up ‚Äòskating‚Äô with a snakeboarder and before you know it he‚Äôs launched into a ten minute tangent about why the sport should actually be referred to as ‚Äòstreet boarding‚Äô and how ‚Äòsnakeboards‚Äô are in fact just the first brand to popularise it… Which surprises him because so many people use them on ramps! Think that, times a two and half hour interview and you‚Äôve got a nice little bit of editing on your hands.

My theory is that this desire to launch into elaborate conversations about literally anything has a lot to do with his curiosity. If it‚Äôs out there he wants to learn about it and discuss it. Which I guess is one of the things that makes his company so enjoyable. It‚Äôs probably also one of the reasons why he gets himself into some of the surreal situations he discusses in the following pages.

This comes across in his skating as well. Whether it‚Äôs shooting half of his interview in a city he‚Äôs never skated or sanding down and waxing up hubbas that shouldn‚Äôt grind when he‚Äôs at home: he‚Äôs always up for the mission! Which
is a pretty good way of keeping things exciting both for him and for us… Read the rest on Free Skate Mag