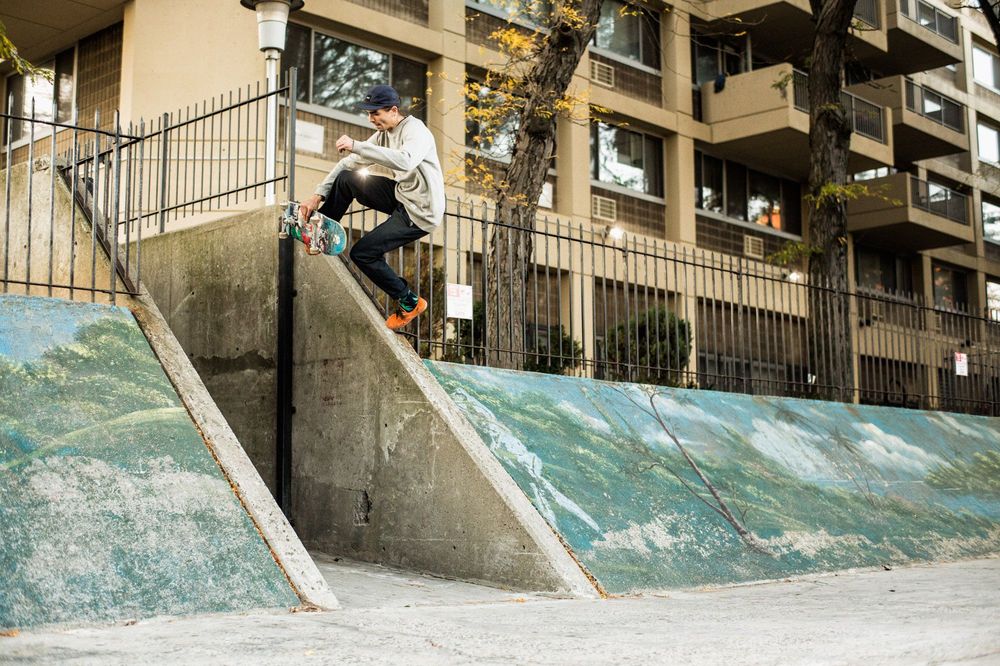 "The feeling of excitement has always remained the same with interviews for me: each one is also a now familiar journey from thinking, ‚ÄúIt would be cool to interview‚Äù whoever, to the end result. Knowing someone who hopefully knows someone, emails, a phone call, a few thousand words to transcribe and you‚Äôre good. This one was a bit different though: firstly, because this conversation took the best part of a year to arrange and secondly, because I‚Äôd briefly met Aaron Herrington beforehand.

At a Converse demo last summer I asked Aaron if he would be up for this. He then grabbed my phone, flicked on the front camera and laughed, ‚ÄúSmile and say Static IV!‚Äù before taking a photo and saying, ‚ÄúGet in touch.‚Äù He then departed on the remainder of the One Star World Tour, and various other trips in the following months, and all communication stopped for what seemed like forever.

With the Polar video on repeat since getting a copy, I asked Mike (Halls) at Keen Dist if there was any chance of reaching out to Aaron again. This time, everything seemed arranged but come provisional interview day, I had neither a phone number nor Skype address to reach him with… Happily, Aaron emailed a few days later apologising for the delay and said to call after the weekend. Tuesday came around and after a couple of calls with broken audio, it seemed this interview would remain within grasping distance but never actually happen, until the next call connected clearly and Aaron was happy to go into detail on life in New York and all things Polar.

So, what‚Äôs the moral of this rambling introduction? Good things are worth waiting for, but don‚Äôt count on Talk Talk broadband getting you to them any sooner? Yeah, something like that…