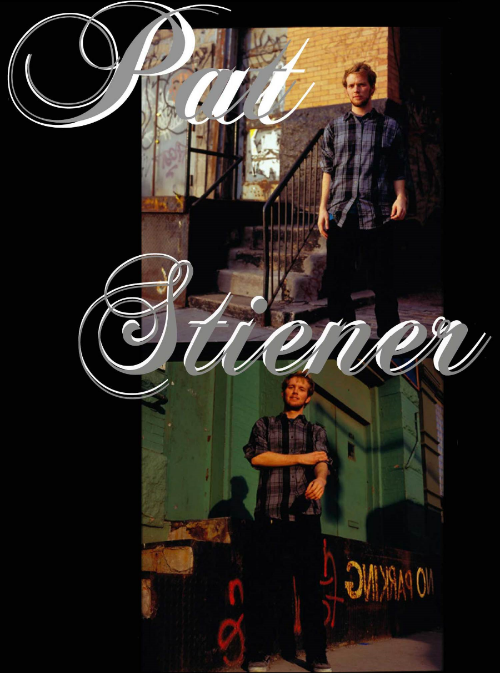 So....you're just a random kid from some white trash town in Florida. How in the world did you end up on Ricky Oyola's Philadelphia board company, Traffic?

Rick saw a trick that was in Static 2 and he contacted you to find me and I was down and that was it. I was just on like that.

How is it riding for them? I mean, obviously they can't afford to send you around the world like bigger companies out there. How've things worked out?

It's awesome because since it's a small company I don't have to call a rep or some bullshit, I just call Rick. I actually have input and I'm not like flying all around the world but everytime I've asked for money for tickets I've never been turned down once, even if it's just to chip in

Traffic has been around a few years, mostly because of Oyola's cult following and his smart choices to not spend lots of money....now you guys have Puleo and Sabback on and it's turned into a serious team. Some would argue it's the lineup that was meant to be all along. Were you surprised to find out they were on?

I was surprised....but I knew with Bobby and Jack not having board sponsors for a minute that it was bound to happen. It just makes sense.

Now, I know that you're one of Puleo's favorites ...he used to tell me that if he could do his own company, you'd be one of the first kids he'd put on. But then when we were in NY filming for this video he refused to skate with us. He said he was scared to take you to any of his spots. What the hell?

Shit, I don't know that's just puleo. He's insane about his spots, it's respectable. I would do the same thing but, shit, I know the rules i'm not trying to take him out, ya know. If he takes us to "his" spot I'm not gonna go back with another filmer or anything. But we're teammates now and theres no I in team so....give me some spots.

I've seen footage of you from pretty much every east coast city...which ones are you the most hyped to skate?

Lakeland....I'm just kidding. For real now Ummm....NYC, not even a contestO

Ok...so you're from Lakeland, Florida. But your skating seems more suited for cities like Philly, or NY. How do you grow up in a town like that and end up being into the kind of skating that you're in to?

I had some good influences. I was lucky enough to start off with the right skate videos and I just always pretended that even though I was in lakeland pushing down the street i was really at Love pushing.

ou're one of the most, um, particular humans I know. I figure "particular" sounds nicer than "hateful". What about the industry or skateboarding in general gets you so fired up?

Well I hate how 90 percent of all skateboarding is fake and I hate how all the magazines support it and it just keeps going. Not that im the realest dude out but shit at least I'm not driving to Carlsbad or El Toro still trying to claim some fame. Kirchart lipslid El Toro like 20 years ago, leave it alone now no one cares. And Penny sw f/s flipped Carlsbad soo long ago I don't really wanna see that school in videos anymore. Its kind of boring watching a part where its just 3 second clips of some angle looking up at a giant grass gap or Hollywood High. People say, "well its progression" ...well it's still boring. I've become numb to whether it's a nollie heel crook or if it was nollie heel nose. It's impressive but still boring. There's always an exception to the rule though.

Obviously they're some people that skate rails and gaps and its legit cause they do it with taste and it looks good it's all about trick selection for the spot and if the right dude is doing a weird trick at the right spot it works so you can get away with anything also if it's something out of the skaters normal element its always legit like if Gino has a rail photo even if its a boardslide it's sick cause no ones really seen him on a rail before.

Name 5 skaters you grew up being the most psyched on while growing up and then the 5 skaters that sorta developed into being your standard favorites now you've been skating a long time.

Reynolds was the first cause he's from Lakeland and he's one of those exceptions like I mentioned earlier he can get away with shit cause he just looks good on a skateboard. As I skated more and more I got more picky...def Mariano cause that's just obvious then Oyola and Puleo. Ummmm Cardiel, Pappalardo, Busenitz, Carroll, O'Connor, Frazier, Renaud.

Ok, this is gay, but it's my first interview so chill....I'm gonna say a word and you tell me the first thing that comes to mind, alright?

Ok, this sucks...let's end this thing. Describe for us a normal day in Tampa for Pat Stiener and his band of thieves.

Wake up, go to the Skatepark of Tampa, eat some shitty snackbar food, complain about everything, skate flat, more food, poker, then maybe get involved in some mischevious night life scene.

‚ÄúNew Birthday" or ‚ÄúNew Event" on MySpace, spot rape, spending all my money on gas.