Theories of the Night

Florida's mild winters, with their crisp, clear days and long, cool nights are a solace for skaters escaping the cold of New England¬≠¬≠ more specifically, skaters who ride for brands distributed by Theories. I've had the pleasure of documenting the efforts of a few guys who ride for Magenta, Hopps and Traffic during some heavy evening sessions, even into the dawn on some occasions. Check your clock, because here comes the night. 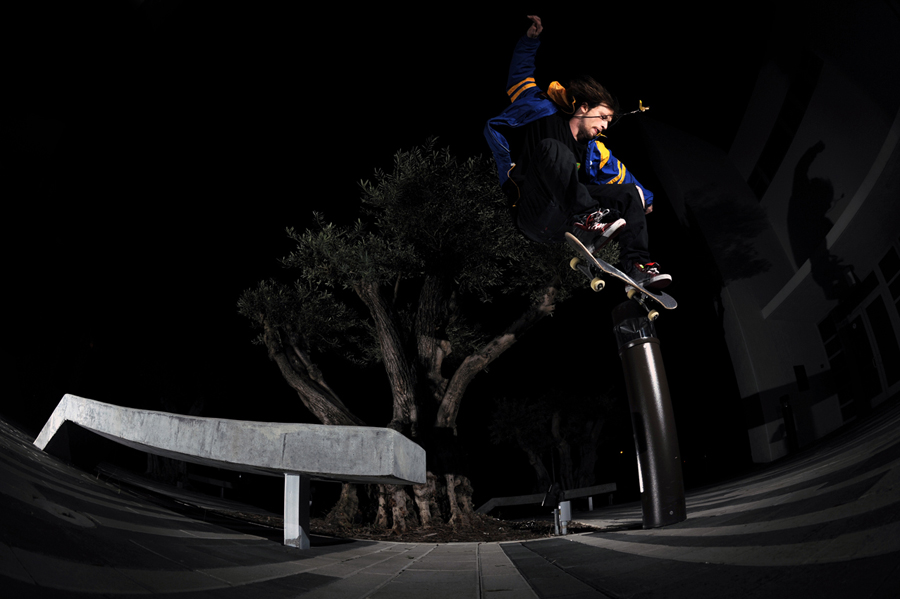 James Coleman has the first part in the recently released video "Incognito," which is now in the TOA store, so I chose a photo of him to start this article. Coleman is getting boards from Magenta, and he definitely deserves them. He has an ability to find interesting and aesthetically pleasing objects to skate, and coupled with his unique style and talent on a skateboard, it makes for a wonderful thing to watch. Coleman wallied up onto this ledge, then quickly ollied out to crook bonk at a spot in Miami. 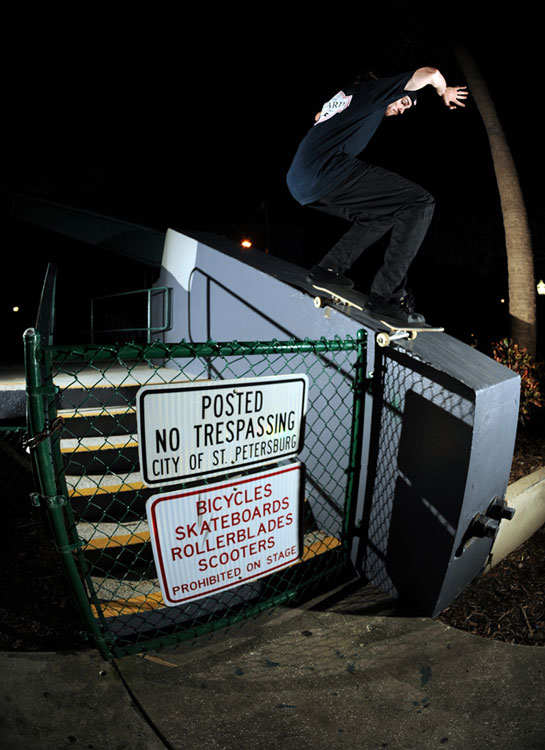 This hubba is a classic St. Petersburg, Florida spot. Former Floridian Steve Brandi frontside 5-0'ed it in a Transworld Mag Static 1 article, long before he moved to New York and started riding for Hopps. But Steve didn't have to deal with this pesky fence. Traffic Skateboards flow rider Jimmy Mastrocolo hardly noticed it as his wheels narrowly threaded the needle between it and the ledge while grinding this 50-50. 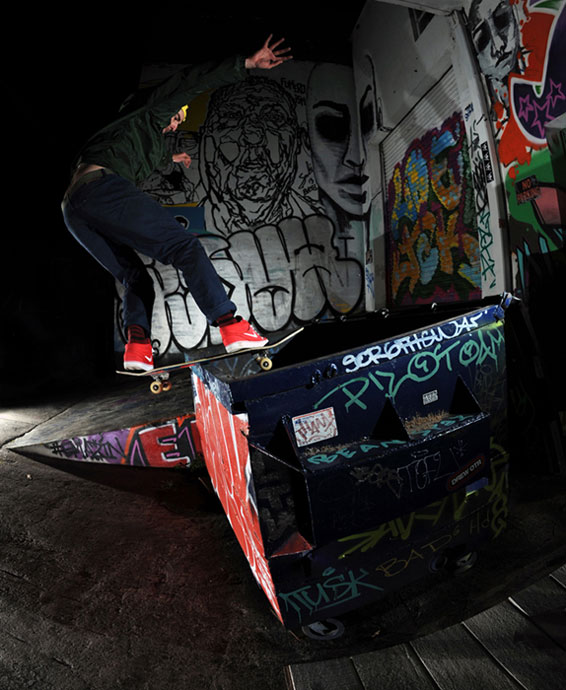 Steve Brandi's fellow Tampa to NYC transplant Dustin Eggeling is also his teammate on Hopps Skateboards. Dustin has footage in Hopps' short but very, very sweet fall video piece, "The Three," and has been working to get a chunk of footage together for "Static IV." Dustin decided to return home to Tampa for the winter to film. We shot this frontside boardslide pop-out in Miami in January. 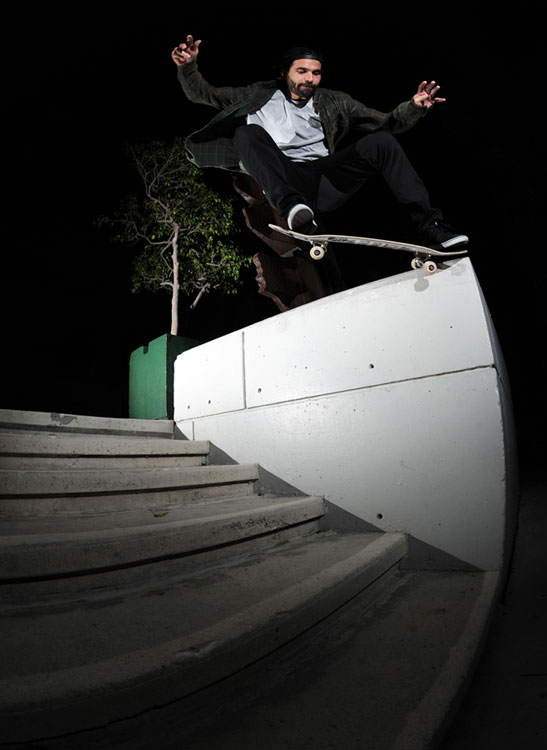 Kevin Coakley is now riding for Traffic Skateboards as seen in their new edit, "Traffic Patterns," here on Theories. Kevin visited Florida from San Francisco for the winter, but plans to join many of his Traffic teammates in NYC soon, that is, when it thaws out. On a recent trip to Miami I shot this photo of Kevin switch crooked grinding an out-ledge. It was 6:30 a.m when I shot this frame. I've never had to compensate for my environment getting lighter while shooting a skate photo. Typically, it's getting darker, i.e. sunset, not sunrise, so it was a bizarre yet unforgettable scene. Moments after I shot this frame, the sun peeked out from the horizon, and then we watched, slaphappy and satisfied, as it rose while we cruised across the bridge in my car from downtown onto Miami Beach. 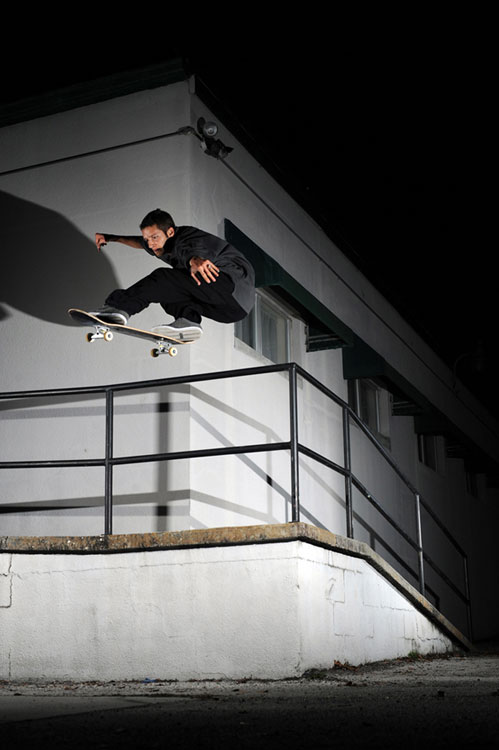 To watch Jimmy Lannon skate is to watch a moving Matisse painting. He is so fluid and loose on his skateboard that it's almost as if he isn't bound by natural elements of the universe, like gravity, or any rules of physics for that matter. He is very deserving of his pro board for Magenta. About a week ago I took him to this head-high bump-to-bar in my hometown, Lakeland, Florida. He ollied it so casually but also with a raw power, as if he were harnessing or restraining a freight train ready to fly off the tracks.

All words and photography by Aaron Austin.