From The Fortress of Solitude 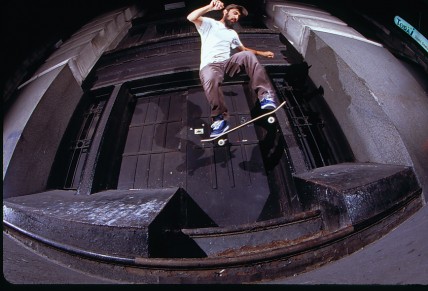 Bobby Puleo is one of the few remaining personalities left in skateboarding that still lives in the shadows, floating through the ether like a ghost or a whisper. There are other skaters who's strange nature and rare appearances left us waiting hungrily for more. But with the advent of blogs, internet video and, the tombstone for all anonymity, Instagram, most of these previously mysterious characters have stepped into the spotlight to finally bow to their adoring fans and collect the sponsorship checks that beckoned them from the shadows like an old lady trying to coax a squirrel over to her park bench. But not Bobby Puleo. No, although he's wearing the same pair of pants from his La Luz part, the guy is definitely an anomaly. But is there a method to his madness? 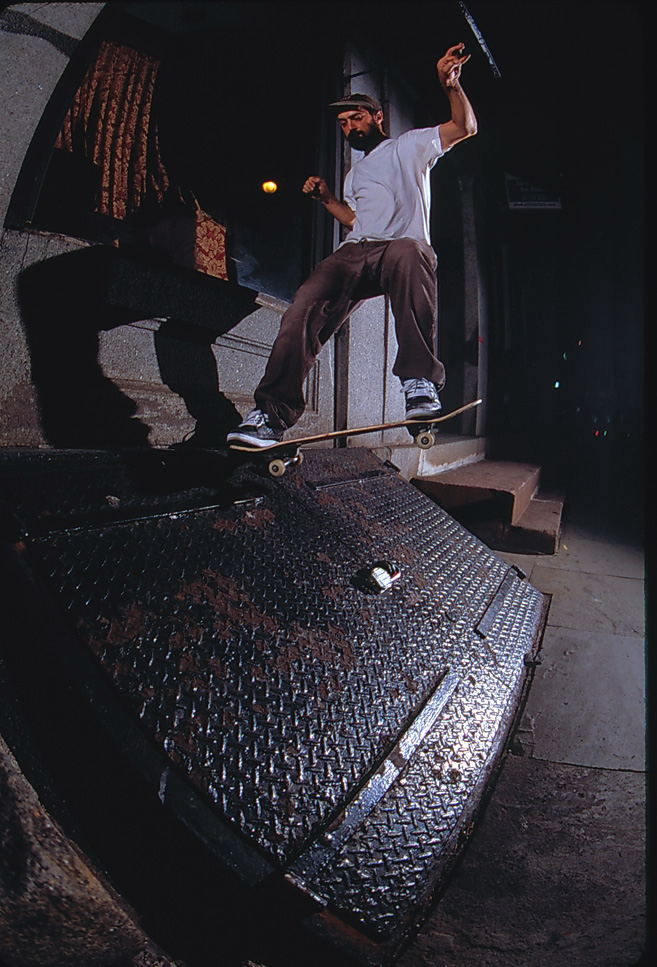 First off I want to make sure that the filmer/editor who put together and finished this part with Bobby gets his due credit. Joe Bressler, originally from Cleveland, OH, took on the brain-sizzling task of working with Bobby to finish his "Greatest Misses" part. Joe picked up the shattered pieces of my failed attempt to complete this project with Bob years back, and took to the streets doey-eyed and unaware of the dark world he was about to enter. But over time I started to hear tidbits and rumors that "Greatest Misses" was canceled and the focus had been switched towards a new independent project, headed by Joe himself. A video that would feature full parts with skaters like Puleo, Jerry Mraz and Shawn Powers. Rumor has it that TV's lovable "Animal" from the Muppets was slated to have a part too. Surprisingly, this powder keg of a video somehow came to a tragic demise and collapsed upon itself in what some have claimed was a 'controlled demolition'. I was actually quite bummed. Bummed for Joe who had put a lot of work into the project and, if the rumors had been true, I was bummed because it actually would've been a really rad project.
Time went on, the Democrats reclaimed control of the White House, the polar ice caps melted and skateboarding went from an art form, to a sport and then to high fashion. I had all but forgotten about the project and it seemed like rumors of another Puleo part had blown away, out of town like some old, crusty tumble weeds. But just when it was gone out of my mind completely a mysterious Youtube video began circulating early this week and friends sneakily linked each other, as if members of a secret society of cool, thinking that they had somehow been entrusted with the keys to the golden cellar-door. As the link began spreading like the ebola virus, infecting iphones in the back pockets of every pair of tight-rolled Dickies across the globe the whispered questions of "where did this come from" and "who posted it" were repeated as often as the 'play' button was pushed. Suddenly we collectively had an epiphany, envisioning Bobby sitting in his cave alone, fashioning a Youtubing device out of an old Speak & Spell, a couple found coat hangers and some recycled tin foil like E.T. phoning home, it slowly became apparent that the joke was on us. Bobby had done it again. In an era where skaters with 25 year long careers are marginalized and swept aside by one message board hate-thread, Gollum had crept out of his disgusting cave built out of found-garbage and tricked even the biggest haters into becoming fans once again. The very same people who were hate-blogging about him a couple years back as he launched his global cyber-war against TheoriesofAtlantis, were now enjoying second-hand pride by sharing the 'secret' link with their friends. Say what you want about the dude, but he is one of the last skaters left who has maintained that unattainable, ethereal quality that has all but died in skateboarding. And no matter who you are or how much of an asshole you know him to be, you must admit you've been talking about him this week. And trying to find out where his spots are so you can plot it out for your next filming adventure to NYC. Even though you'll pretend you had been skating there for years before, you just hadn't filmed anything you liked yet. But before you get too cozy with your conversion to born-again Puleoism just remember what happened in the past…...and make sure to not let the ring of power slip into his filthy hands again.